Portal Power is easily the worst Ninja Turtles game I’ve ever played. Worse than the original, literally unmade-on-NES game, yes. It’s so boring, so rushed, and so devoid of creativity and care that it hurts. There was a time when a new TMNT release meant an instant classic was on its way; It’s sad to see how much the franchise has declined since then. If you want something better, just look for something else from the franchise. Yes, recent movies too. 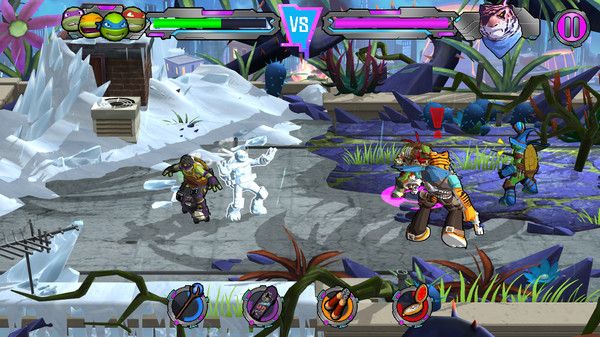 Teenage Mutant Ninja Turtles: Portal Power doesn’t have as much satisfying combat as many other turtle games, but its amazing combination of Real Time Strategy mechanics and a basic costume progression system made it one of the best amazing licensed games I’ve ever seen there to play. 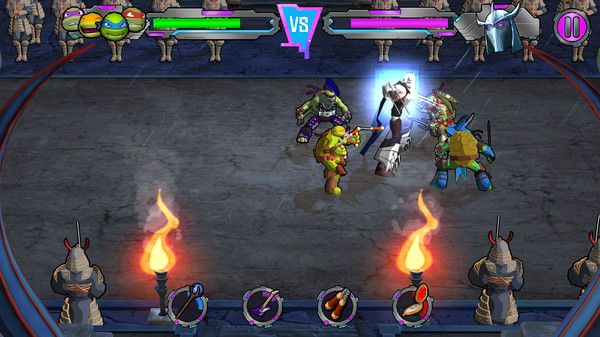 It’s a wild quest through space and time as the Teenage Mutant Ninja Turtles punch, kick, power up and make their way through dangerous dimensions to stop Shredder and the Kraang. Fight as rabbits through icy and volcanic worlds, on the chaotic rooftops of New York City, and even in the diabolical Technodrome. Face off against familiar old enemies, as well as new hordes with many deadly abilities. Collect new outfits for the turtles on their journey, each with their own special powers that can make or break the final battle!

The stage is small… and having a cutscene where you have to stop in the right place to start before you can get to the next battle is a bit dumb… the old Nintendo game did that for you automatically…. place your character in the right place for you and then the cut scene event can start. I don’t see why that game can’t do that. 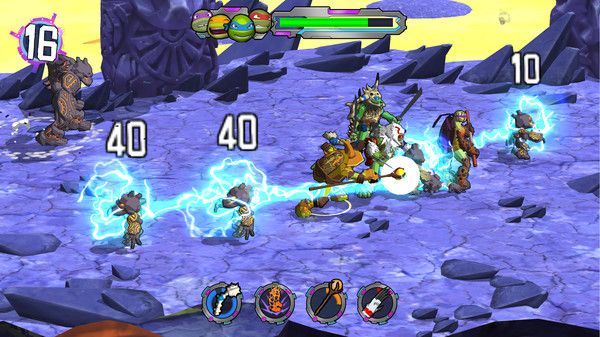 I see some reviews criticizing the game because it is a port of a mobile game. It may have its roots in mobile platforms, but don’t let that distract you from the fact that this is a real PC game, with full controller support, 4k graphics, etc. Do want more… please? As evidenced by my playtime, I enjoyed the gameplay and would definitely recommend this game to Ninja Turtles fans.