The House of the Dead: Remake

The House of The Dead Remake is a reimagining of the classic game of the same name from 1996. Although we won’t be getting the PC edition of the original game due to Sega losing the code, this one it’s probably the best way for everyone to experience the game. Unless you’re replicating it, you’re lucky your arcade has one, or you can spend thousands of dollars to get a cabinet to go play the game. 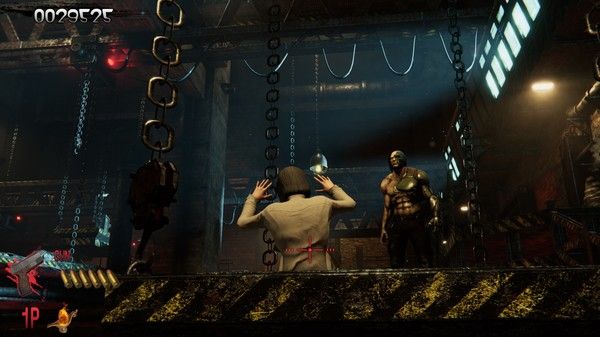 I personally never played the original but there was a cabinet in the arcade where I live. To this day, it’s one of the biggest regrets in my life for not experiencing the classic – I did watch a few lets plays on the game, though. One thing to note is that while I do like some of the changes in the remake, I do have a few issues with it which I will explain later in the review.

Also, this is the only The House of The Dead title in mainline gaming that actually takes place in a house rather than a city.

As for the gameplay, every zombie, scientist, item, and branching path flag is exactly where it was in the first game, at least from what I could see from my first playthrough.

This degree of reliability lends itself to feeling a bit lighter on the default difficulty, so if you’re a veteran of the original you might want to consider bumping it up if you want to break a sweat. I haven’t dived into the game’s original modes yet, but seeing as my primary motivation for buying this was the prospect of a faithful and good-looking remake, and that’s what I got, I felt comfortable making a recommendation even without carefully weighing every hour of available game time.

One minor change that I saw complaining about in a review or two is that the game dropped the original “backtrack through the game” sequence during the credits, but I suspect that might be a technical thing as the levels the remaster might be too big and the details easily snipped together in real-time, and I don’t feel nervous about the developer’s decision to save us a lot of recorded 30fps video instead of living gameplay.

House of The Dead Remake has a very nice aesthetic that captures the gothic horror theme very well. Though I should note that the game had a much better graphical feel in the arcade version than what we get here. This also applies to some of the enemy models that simply had better designs. With that said, the designs presented here have charm and still look good. 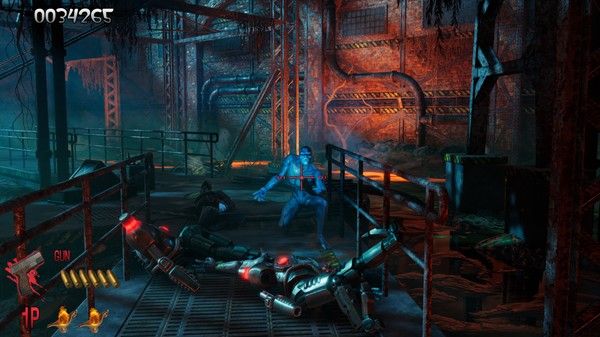 The game went well for me, but I have heard of some performance issues that others have experienced. I may have encountered something when I recorded my video on it but I haven’t verified this yet.

The original House of The Dead had one of the best soundtracks I’ve heard in gaming history, and I was hoping to find something that was just as good and updated.

However, that was not the case here. We got completely new music for the levels that make nods to the original in a few ways. While I can’t blame the devs on this one with the little research I did, it seems the reason the original soundtrack wasn’t included seems unknown but I guess it was due to legal issues.

My overall impression of the entire soundtrack is that it’s ok for the most part. It will never beat the original and I do wish it was included but oh well.

I’m not going to lie here, I had low picks for this remake, as the original did a great job at what it accomplished. However, I am glad I was wrong, in a way. While I do have a few issues with this remake, it’s not entirely the fault of the game or even the dev team.

I recommend this game but maybe wait for a sale. While the nostalgia factor is there, you only get about 30 mins of gameplay in this title. For me, that’s not worth the asking price of 29.99 CDN, a 50% sale would be perfect for the game to pick up though.

I heard that the sequel to The House of The Dead 2 will also be remastered as well and at the time of my writing, it’s apparently halfway done. I’ll definitely try that game when it comes out.

System Requirements of The House of the Dead: Remake Game

How to Install The House of the Dead: Remake For PC?