Star Wars Battlefront (2015) is the greatest reboot of the series in my opinion. Walker Assault is pretty much the best game mode I’ve ever played. When you play Walker Assault it feels like a real battle zone/warzone for sure. 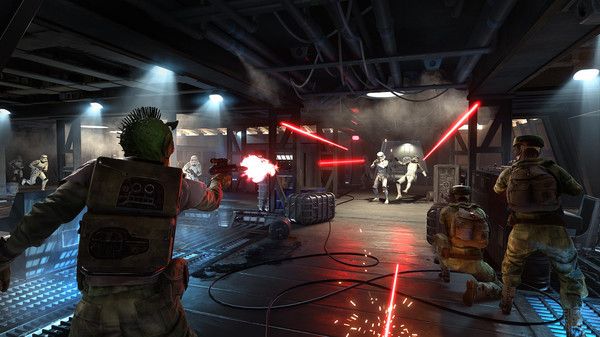 The DLC is an absolute blast only thing is the DLC playlists are pretty much dead & can only find their games/matches sometimes and not all the time.

In my opinion, after a few weeks of owning Battlefront, it is good and quite playable. It is as playable as the console version if not better if you tune the settings to your choosing. Though if you have an easily overheating CPU and/or GPU, proceed with caution. I play this on an Intel 12th gen on a laptop and it can ramp the CPU temps up to a consistent 92 Celsius if you play plugged into the wall. If you have good cooling with a good processor and GPU on the other hand, this game is playable and fun.

Going into Star Wars Battlefront, there isn’t much of a story or lore in this game. It is primarily a multiplayer title that features all the famous maps of the Star Wars universe. It features heroes who fight like Darth Vader, Luke Skywalker, Han Solo, and more. It’s a lot of fun playing as these heroes as you run around and use their signature abilities to kill enemies.

Outside of training and solo missions, you jump right into all the different multiplayer modes. A little more on this aspect of the game but remember, Star Wars Battlefront doesn’t have a primary campaign or story to complete. If only they had an original story that wasn’t from the movie but it is what it is.

This is where Star Wars Battlefront shines, despite being an old 2015 game, it looks amazing! The imagery is amazing as it still holds up to this day. It all looks great from all the laser battles you’ll have and how all the levels are carefully designed to really give you an immersive Star Wars experience from start to finish.

DICE has done an amazing job recreating some amazing maps from the Star Wars universe that look absolutely gorgeous. The weapons and lightsabers look great, the explosions are spot on, and when you can use the various vehicles and spaceships, everything looks awesome, just like in the movies.

Of course, like every Star Wars game, story music composed by the legendary John Williams is everywhere in Star Wars Battlefront. It’s such a thrill to hear these songs while you’re fighting humans, flying space planes, or using your favorite heroes to bring out the hell. Each map has its own particular music to it which adds a nice touch as you see everything.

The best part is that I can say that offline you are able to play walker Assault & the game mode fighter Squadrons offline with AI. The AI ​​adapts to the difficulty you play at which is great in my opinion. Also, each game mode has a private gaming option & in each offline mode you can play split-screen co-op or online co-op with a friend. 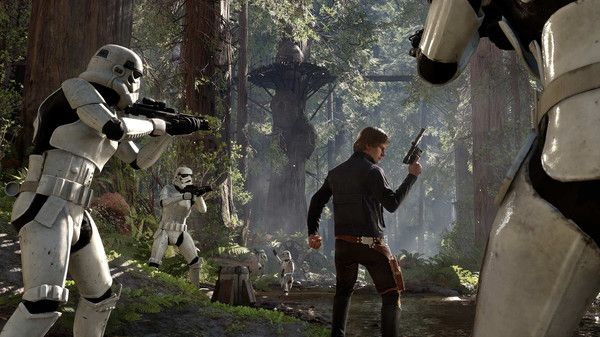 So all in all despite DLC being playable sometimes & not all the time the game in my opinion is worth it because now the main game modes still work & offline it is worth doing to be able to play walker assault & fighter squadrons (which are the ways large game) offline and bots.

Oh shoot I also forgot in the offline modes there is a survival/horde mode (though it’s only 15 waves), offline battles are like call of duty’s kill guaranteed you kill the enemy team & they drop tokens. The first team to collect 100 tokens wins, Then there are 5 mini missions that teach you how to play the game. They are fully voiced & have little scenes cut. 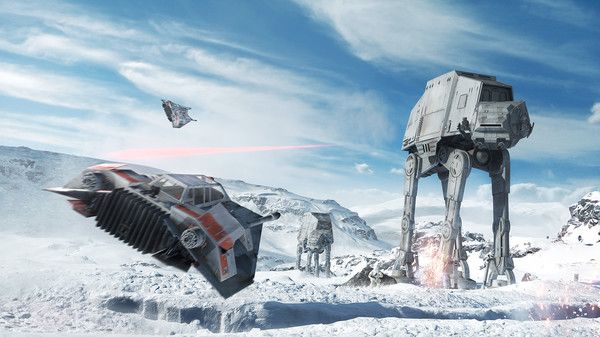 A great game despite some glitches. It’s been a few years since its release, but some of the missions are lots of fun! With friends, you can even do battles with each other, so it’s lots of fun. Battlefront 2 is a great sequel to this game. It expands on all of this and adds new heroes and even a campaign. It’s great. At the time of writing this review, it has lots of players online. So if you want an online game, go for battlefront 2. If you want a fun time with friends in some private matches with some of the older (Original Trilogy) characters, then get this one.

Overall, Star Wars Battlefront is a fun game to jump into with a group of friends or just want to reminisce about this game for nostalgic purposes. If you are looking to relive some awesome multiplayer experiences, this is not worth buying because this game is more than dead in that regard. No one is playing this because they are more than likely already into Star Wars Battlefront II or more active multiplayer games.

Other than that, the gameplay, graphics, and sound are all great. The way you can perfectly fight on the ground or get into a spaceship is great to take things to the next level in one hell of a Star Wars multiplayer game. It’s a shame DICE didn’t just update this game to replace all multiplayer modes with AI/anti-AI but if anything, you’re better off going to Star Wars Battlefront II instead. It’s definitely more popular, has faster sequences, and is a natural progression from this remaster of the original classic.

How to Install Star Wars Battlefront For PC?