MOTHERGUNSHIP FORGE game has completely sold me on VR, I never want to play an fps game in non-VR again. It just feels better. Anyway.
The weapon customization mechanics are rad, the shooting is rad, the music is rad, and playing co-op with a friend is great. I wish there were more co-op modes where you can play more like the normal game, vote on bosses, and stand in different corners of the room between each room, and I wish there was a more free-roaming museum area. where you can look at all your weapons from previous runs, but even without those things the game is an absolute blast! 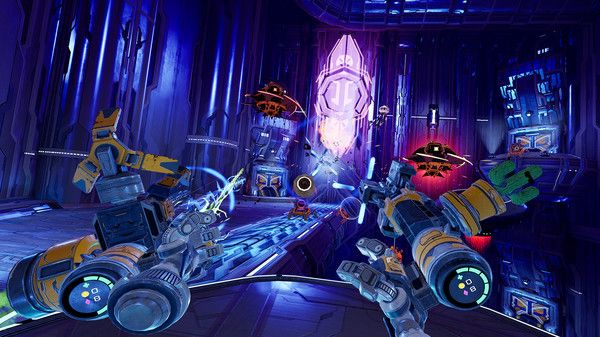 I enjoy good words and it was nice to hear when the characters in this game were talking to both us and other NPCs. the writing stands on its own where I can see more work being done in the pipeline. Playing the gun for this game is really fun, just having to adjust your gun strap properly is brutal. All in all, I build a weapon and in the middle of my game, I take 10 minutes to rearrange all my chips so things make sense damage-wise or it looks better in my eyes.

if there’s anything to think about, it’s the targeting system. I have glasses, as do most of our gaming community BUT I will say it is a pain to try and look at the “scenes”. there is a very thin line where we can see where our bullets will go; It’s nice to make the gameplay a bit more difficult, but it’s also a headache to try to know that I don’t want to be right when I’m aiming with 1 hand or 2 depending on your game, 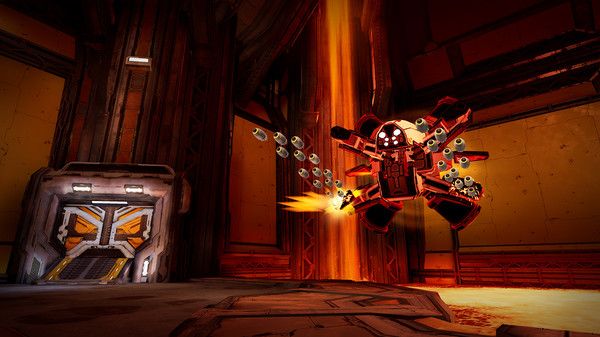 This last part is more of a personal flaw: it left a lot of negative space behind in some boss rooms, and if you’re me, the empty space and boss fight will cause a few “spooks” to appear and stress you out.

The graphics are great, the gunplay is good, and the best part about this game is drawing your own weapons and loaders – which fits perfectly in VR. You can rotate, move pieces in and out, and never have to open an inventory window or hit a rotate button. Heck, you can point a gun to the side or back and hold your arm at an angle to fire it in the direction you want. This key game mechanic is fully connected to VR.

Where it lacks is the variety of bosses and enemy types. There isn’t much variety in enemy types, and there are only 3 bosses. They are the same after each level, and it feels like it could have been longer, and had different and more boss fights, especially for Rogue Lite where you are supposed to run multiple times. 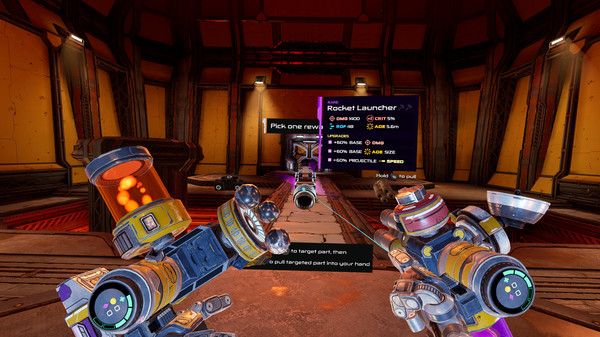 But the main reason for my displeasure, and the biggest major spoiler, is that it’s more or less a standing wave shooter. Yes, you have a small circle that you can technically move/drop and spin around. But with this type of game, completely free movement would really put it over the top and make it UNBREAKABLE.

Games like Everslaught have tons of fast-paced running, jumping, jumping, verticality, grappling hooks, etc. They could do something like that here. If people feel sick, they can relax in the comfort setting, or just choose to stand still and dodge incoming shots. I think this is a great missed opportunity. Overall a great game and I recommend this game to everyone I know who is a VR fan and a BIG fan of rouge-lites.

How to Install MOTHERGUNSHIP FORGE For PC?