Iris and the Giant

Iris and the Giant is a deckbuilding roguelike with some narrative elements thrown in. She stars as Iris, a girl who battles the demons in her mind. You’ll fight these demons with an assortment of cards, which you’ll collect from the deck. One of the key differences between Iris and other deck builders I’ve played is that almost all of your cards are used once and you die if you run out of cards. It’s an interesting twist on the genre. 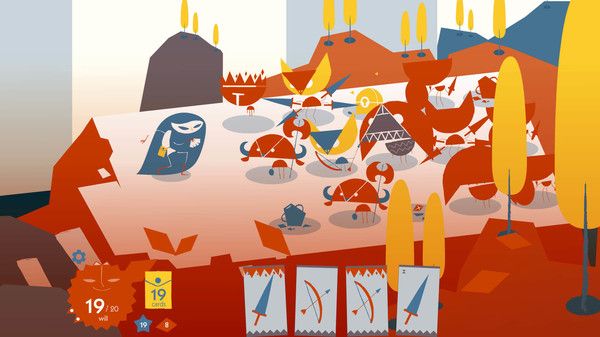 The majority of the game is battling enemies on a grid using cards obtained in various ways. You have a set amount of health in the form of a “Will”, once your will runs out, you die. You also die if you run out of cards are each card can only be used once before disappearing.

All enemies have the same attack range, although they can sometimes have defenses that require multiple attacks to get through. All cards obviously have different effects and can attack in different ways as well. 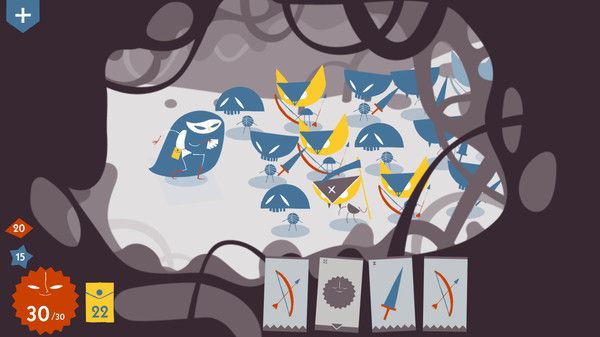 As you continue to make your way through each stage, you will gain new abilities by collecting items. This ability is temporary throughout the run but can change your strategy and gameplay in a variety of ways. You can also collect “Memories” when you find them. This basically gives you a skill point that can be applied to a potion that gives you permanent abilities. These hints also reveal more of the story to you.

At the end of each run (when you die). You will get bonuses for your next run depending on how well you did. You also have the opportunity to unlock an “imaginary” companion who will accompany you on your future runs and grant other abilities. 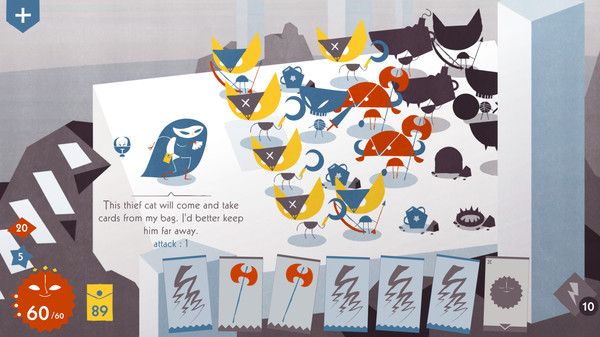 Overall, these mechanics work very well together and call that a “one time only!” mood. The more you play and unlock, the stronger and more advanced you feel.

The art style is immediately apparent. The game is highly stylized, and there’s no real way to describe it. Well done, although at first, from the screenshots, it looks super cluttered. That feeling quickly fades as you play more of the game. Very strong colors and irregular shapes hit you hard. Even with all that it retains this kind of minimalistic feel.

The game’s soundtrack is also well done, most of the music is very soft and peaceful. The game also features full voice acted cut-scenes, and the voice acting itself is excellent. The battle sounds are good and clear.

A fun deck builder with great card design and fun gameplay that for me was hampered by a few concerns. I’m still on the fence about this one myself, so it’s hard to recommend it outright, but there’s some good stuff here. I’d say it’s a bit of fun for hardcore gamers, and maybe more casual gamers should catch the sale. Overall I Recommended this Game !!

System Requirements of Iris and the Giant Game

How to Install Iris and the Giant For PC?