Corridor 7 Alien Invasion is the best old DOS game ever! It has an original creepy atmosphere and is also played in our modern era. If the basic controls are inconvenient, you can adjust them to your convenience. I like its retro atmosphere, its sound, and its sound effects, I like that I can set its difficulties, that I can save the game at any time (even if I have to stop playing for that time ), and that has a small map. on-screen, etc. I think this game is a really retro-friendly piece. 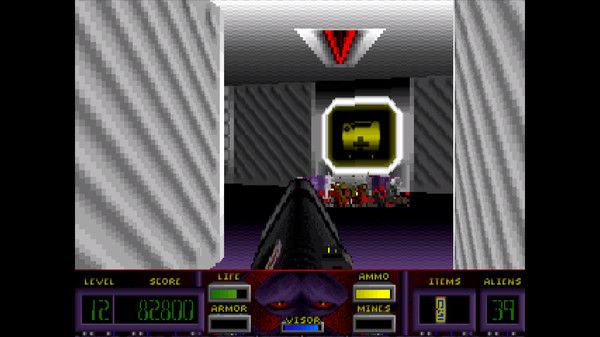 This game would have been a hit but it was released 2 years late. DooM largely dominated the gaming market and any Wolfenstein 3D clone, including Corridor 7, was sadly considered outdated at the time.

Nevertheless, playing in 2022 is still fun, even if it lacks a little originality (especially the level design) The gameplay can be repetitive but there are things in the game that distinguish itself from Wolf3D (buttons with terminals that activate colored doors that can be changed, ammo and medicine are in cabinets, have health charging stations, etc.) 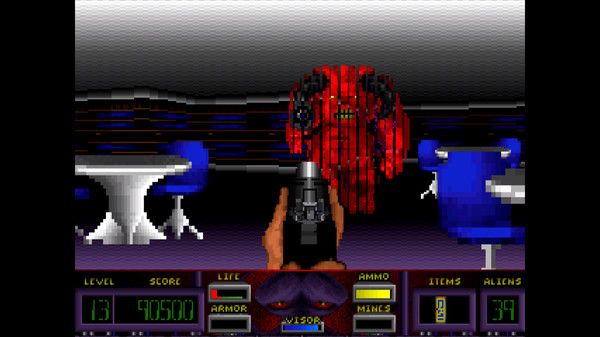 The game is fun and atmospheric, with the darkness of the distance and an almost overwhelming gallery of enemies. From the start, you are boots on a space station, tasked with exploration and destruction. The texture is colorful but bloody, similar to its predecessors like ‘Wolfenstein 3D’. True to the box art, you are equipped with a visor (Enter) that gives access to additional spectra.

The current functionality (as of 2022/03/05) of the DOSBox port is, unfortunately, a bit buggy – with QoL options that won’t stay, screen freezes and resolution issues, etc. It’s still playable but can get annoying with its outdated mouse swipe controls. This title could really use a source port update to the modern standard — and ECwolf3D (currently v1.1.3) promises to do so with the upcoming v2 release — but that’s about as far as can be expected. which is anyone’s guess. 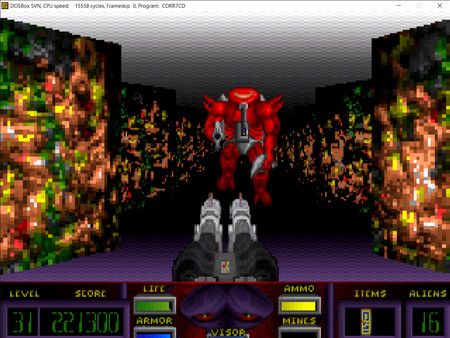 In my opinion, Corridor 7 should please nostalgic gamers of the early 1990s, even if it’s not perfect. I recommend it.

How to Install Corridor 7 Alien Invasion For PC?