This is the essence of why Undertale is such an unforgettable experience. But, of course, you shouldn’t be surprised at this point, because most of the internet will agree with me on that. The cast of characters is so varied and unique, each with characteristics to make them likable or who you’d like to kill in a genocidal run-in. 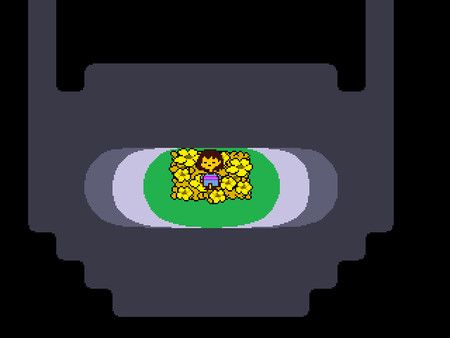 For example, you have Sans, my favorite of the bunch. He is a laid-back, prankster, and smooth bones who has a brother named Papyrus. What Papyrus lacks in intelligence, he makes up for in a big heart for the people. You also have Flowey, who will immediately creep you out because of how ruthless he is. As for the plot itself, it’s one big emotional rollercoaster you’d want to ride over and over again.

It has its funny moments, as the script is incredibly well done, while it has its sad moments, too. But what takes the cake in all of this is that it literally makes you rethink everything you knew about video games. The fourth wall is also often broken, and this is done in very clever and creative ways. It’s like Kid Icarus: Uprising, except Undertale does it even better.

I almost forgot, too, but every action in this game will be remembered by the characters, long after you actually beat it. People have called the game “sentient being” and I would actually agree with them on that. Trust me, Undertale is literally perfect for storytelling, and I wouldn’t be surprised if you cried a little. It’s hard not to, and with such a unique cast of lovable characters, it further justifies my point.

Undertale is very similar to Earthbound in many ways, the most notable trait being turn-based combat and how it is portrayed. Now, MOST games have moments where you can save or kill a certain character and decide their fate. 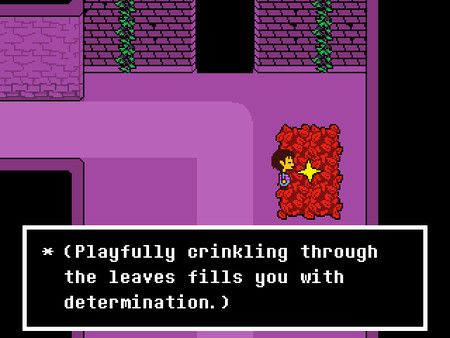 Their flaw, however, is that said death is often just frowned upon, both in the game world AND in real life. Undertale takes the concept and cranks it up a notch, leaving literally every character’s fate in your hands. You can go on a pacifist run and not kill anyone, and this is the one I would highly recommend going to if you decide to buy this masterpiece.

There’s also the neutral ending, which is pretty typical of the bunch but has one of the most creative final bosses I’ve ever seen in video games. I won’t spoil too much, but it will BREAK your mind, you can trust me on that. There’s also a rush of genocide, which is incredibly difficult to pull off because of how emotionally difficult it is to properly kill this lovely cast of monsters.

The combat itself is similar to Earthbound, as stated earlier. That being said, Undertale takes another step forward, adding a hell of a gun and platforming to the mix and blending the two perfectly, making the game more fun, while keeping the elements of the original RPG.

All the pictures are a bit old time, but that doesn’t take away from the experience. As for the audio, there are a variety of songs that make the game even more enjoyable in combat situations. The original music was a bit new to me, as I didn’t think it would have the old retro kind of music, but it surprisingly worked well and wasn’t monotonous, and it didn’t seem to match the backdrops, and battles very well.

Why would I include a character section in the analysis? The answer is because it is such an integral part of the game, otherwise, it would be just like any other RPG, except for the option to save your enemies. The characters are what make this game memorable. 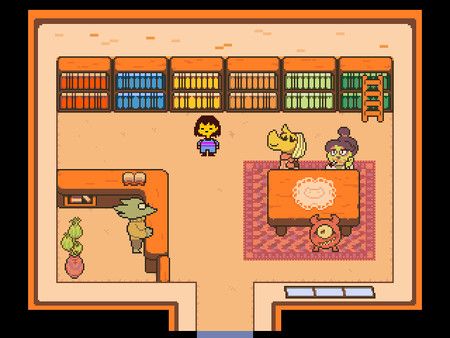 Not because these characters are super likable, as you might end up disliking or even hating some of them, but the fact that these characters will eventually grow on you eventually. Without such a unique and ridiculous group of characters, the player would feel no real motivation to save them, nor regret if the player decides to kill one of them. They are all aspects of the game, the driving force that makes it so popular and why it makes most (if not all) players it’s in tears.

Undertale is easily my GotY at this point, but it’s also one of the most creative games I’ve ever seen. This is an absolute masterpiece, and I really hope it wins a LOT of awards. Do I recommend this game? Well, I’m going to join the internet on this one and say, “Of course!” Just be ready to stock up on spaghetti, because you’ll need it if you’re stress-eating and doing a playthrough of this gem.

How to Install Undertale For PC?

Follow the given below steps to install it on your PC :
Share
Previous Construction Simulator 2015
Next Keep Talking and Nobody Explodes
Subscribe
Login
0 Comments
Inline Feedbacks
View all comments