Pro Evolution Soccer 2010 follows the annual installments of the soccer franchise and comes with an innovative player transfer for the 2009/2010 season. The game includes many new moves and players move more slowly and realistically. Even an average player can now hit it with luck and hit it from 40 yards off the net. Most of the graphical improvements go to detailing the faces and shadows of the players. Although there are still five levels of gameplay, this time the computer AI behaves differently than before and opens up new ways to play the game. 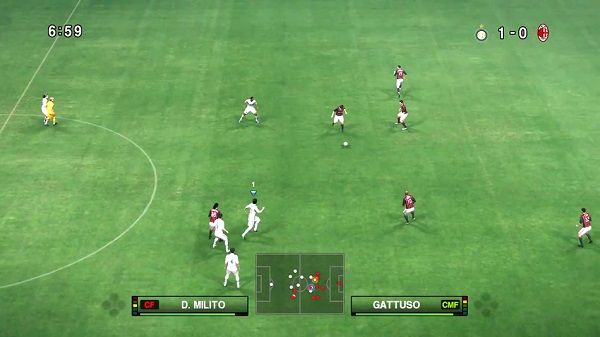 There are game modes from previous titles in the franchise, such as Exhibition or Master League, but also some new ones like Champions League and UEFA Europa League. Be the Legend mode introduced in PES 2009 is also available. In addition to the graphics, details were put into the tactics and strategy that the players can place according to their skill, with more accuracy. A completely new feature is the card system, which depends on the unique characteristics of some players. This gives that player an advantage over his opponent. In previous titles, some top players could perform interesting moves without player control. With the PES 2010 card system, direct control over this is available.

Master League mode is more detailed and comes with sponsors, youth teams, and real currencies (including Euro, British Pound, US Dollar, or Japanese Yen). The money can also be used to pay a contractor who deals with negotiations, physical aspects, trainers, and other staff. The Premier League, Liga Española, Italian League, Eredivisie, and others are still included, as well as the World Cup, Konami Cup, and others, with national teams and league teams mostly updated. 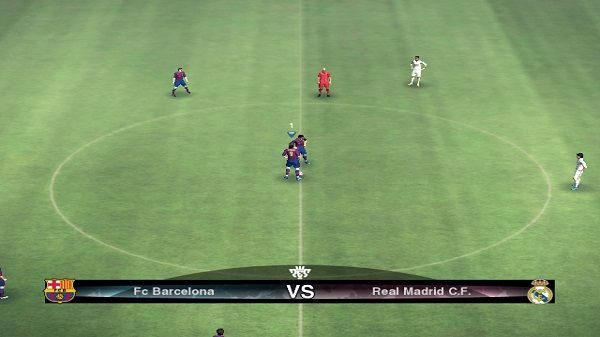 Unlike in the previous episodes, there is no individual graphic representation of the player. It is still possible to see them as part of a whole team, but no longer for individual players. This means spending time with them by going through numerical statistics or checking the compatibility of the players’ maximum performance with the position they are in.

Co-op is on par with the franchise, with an assist player and semi-assist and manual switching. Manual means complete and the player will not be replaced unless specified by the player, while semi-automatic will give the player a pass.

Although Pro Evolution Soccer 2010 has its hurdles (penalties!), the overall progress in realism is exemplary. Finally no more bouncing balls! Okay, if you didn’t like PES 2008 and 2009, you won’t be completely satisfied with the 2010 version either. Because the excessive speed of the game plagues all three titles. However, Konami’s current season reissue is the best part of the series since PES 6 (no match for me). Especially since the series still captures the diversity of real football better than any other, now also thanks to new tactical options and player talent cards.

Our FIFA 10 review made waves. Why is something like this expected of PC gamers (game fun rating: 64%)? And what should a sports simulation look like in 2009? Answer: like PES 2010! Technically, the PC version is the same as the console versions, that is, it offers full HD optics and corresponding resolutions. 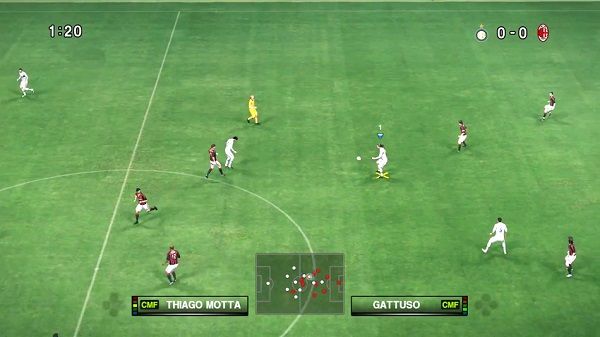 The new lighting effects provide an attractive overall image, the player’s visuals are barely distinguishable from their role models and Konami has responded to the criticisms of the fan community. Therefore, PES 2010 is no longer as action-oriented as before but is back in the path of a challenging football simulation. This is also supported by new possibilities in terms of tactics, which work surprisingly well.

PES 2010 raises the recent level of Konami’s series by adopting more serious and homogeneous gameplay. Much more balanced than its predecessor, it offers much more guarantee in the construction thanks to a more calm rhythm and an AI with much more intelligent placements and movements. If the Europa League is the only real novelty in terms of game modes, the Masters League undoubtedly offers the most successful career mode on the market. We simply regret that the basic content is so weak and partially up to date. Overall Recommended Game !!

How to Install Pro Evolution Soccer 2010 For PC?

Follow the given below steps to install it on your PC :
Share
Previous Freedom Fighters 1
Next Spider-Man Web of Shadows
Subscribe
Login
0 Comments
Inline Feedbacks
View all comments