Get In The Car, Loser!

Get In The Car, Loser! is a game that made me laugh out loud more than The Outer Worlds, and probably more than any other game I’ve ever played. The story is really good, the characters are great, the art style is amazing, and the gameplay is simple and easy to handle but the combat is hard enough that it is difficult and requires thought. I can’t wait to see what happens to Sam, Grace, and Valentin! The great game is made even more incredible by being free! 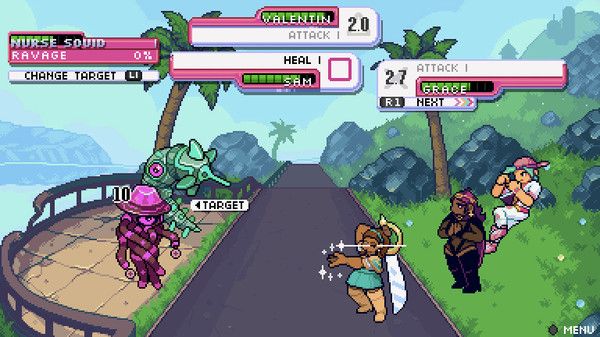 You won’t get much more than what is clearly laid out in front of you, being a group of LGBT friends on a quest to punch neo-nazis in the face (this game’s version) and kill the Devil Machine. while the hero deals with his own insecurities and shortcomings. There isn’t a lot of detail, and this works in the game’s favor because the big bad in the world is done by actors who are mean and who twist subtlety to their own ends. Other than that, the dialogue is generally very funny and relatable.

I personally found the game a nightmare to navigate as there is no mouse input, only a keyboard, and the game likes to use X to advance through a menu and S to move back. The game has controller support and I CAN NOT recommend using one enough – it really feels great!

The characters speak in a way that I would describe as very online, which will definitely be off-putting to some, but I personally enjoyed it a lot. That being said, the game gets a lot more intimate later in the series and it hits hard. Difficult topics are handled very well. Man…I don’t want to spoil it but boy, Act Three is Kinda Hard and the whole point of the adventure. 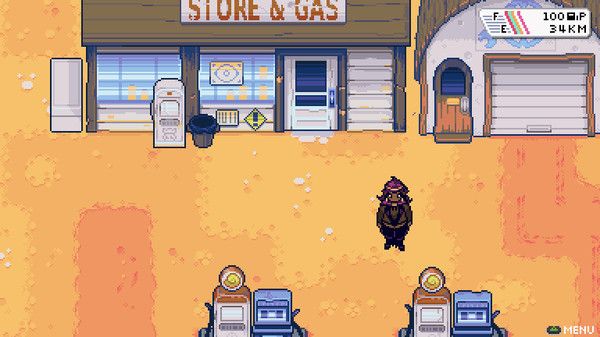 I cried a lot. The arguments between the characters as they go on their road trip are the meat of this game and the characters really really grow with you – I love the angel so much! The characters are silly, they’ll talk about it, they’ll argue and it’s totally fun. A lot of the story/dialogue is “satirizing” (can’t think of a better word) many things we live in our world – such as the alt-right/fascism.

This aspect of the game is not subtle in the MOST way, it makes it very clear that the bad guys are TERFs/transphobes, racists, anti-SJWs, etc. going in, especially because some of the scenes will be disturbing if you’re dysphoric

Ugh. Well, I’ll be honest with you, combat often felt like a letdown, especially when I hit the 8-9 hour mark. While the difficulty can be toned down (which I recommend), the combat can’t be ignored right away, which I think this game would really benefit from, even though I think it will run into 2-3 hours of playtime. Yes, you spend a lot of time-fighting and basically, the question is, “are you willing to put up with it to face these hot heroic people (who are all welcome to drop me off) for a few hours?”

Another problem with the game is that many things are barely explained, if at all. I think the game had an item system that I didn’t really care for? Once you figure out how combat works, it’s also… not that hard, especially when you have a few healing spells. 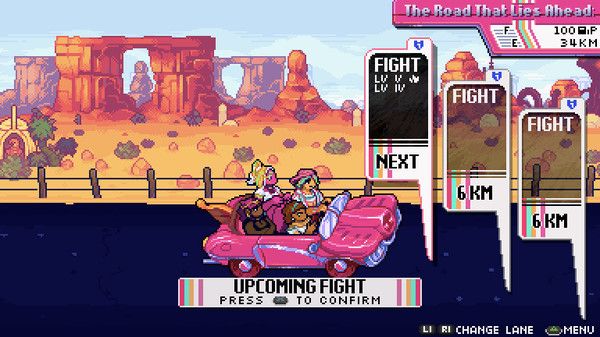 It mainly felt like a boring roadblock that forced me to disengage from the story, especially since the sheer number of battles meant they could often cut into the dialogue that had you invested in it until the battle was won. There are also many instances at the end of each episode where the game sort of cuts out of dialogue, so you’re playing these battles in silence and it gets kind of depressing. I think the game either needs fewer battles, for half the health of the enemies, or it simply has enemies to fight because the same 4-5 creatures appear throughout the game.

This game has a small sound, but a good sound. You’ll hear “Spirit of the Time” a lot, but it’s a perfect soundtrack, and the boss theme is pretty menacing. However, the soundtrack suffers from a lack of variety for normal combat, and having two or three more songs to cycle through would spice things up enough to keep things from getting stale. That said, if you want to support the developers, purchasing the audio is recommended.

The art is good, bright, and colorful, and the enemy designs are, in general, unique and interesting to look at, with the party as a whole having a nice style. Does something look dull or otherwise unattractive? That said, the UI is hard to read at first, and it can be easy to lose track of what you’ve currently selected on the device’s screen. Additional reading would be welcome.

For a basic free game, I would definitely recommend this game. It won’t be universally loved by its target audience, but it’s totally fun and enjoyable, as well as downright cathartic at times.

System Requirements of Get In The Car, Loser! Game

How to Install Get In The Car, Loser! For PC?