Dwarves is an epic tower defense adventure game with RPG elements and exciting lore. During the game, you’ll need to learn the best way to fight your way through the entire adventure, using battle cannons and traps to help you progress. The combat is great and totally fun, even during the higher difficulties (which you are free to choose from easiest to hardest), you will probably cry a little, but hey, that’s all part of the fun. 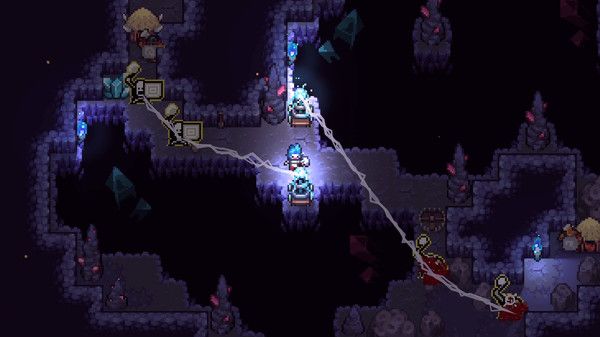 After fighting several monsters while trying to learn and master turret combat, you will be able to upgrade your turrets which will increase their power, and of course, the difficulty in the dungeons. It might take a while to master it, but once you do, the game becomes very difficult but doable.

The story sends you on a quest to foil the evil Witch-Queen Vandra’s plans, but it’s broken up into hundreds of small mini-quests that lead you through a very linear adventure. Talk to this guy, bring him these resources, find this key or similar.

You must complete the current quest before the next one begins, so you’ll never get lost in the hundreds of unfinished main and side quests. You might get lost in a little maze… even though it’s really small, like most levels. The controller and ultra-widescreen work well. I don’t know if the game is a masterpiece, but it is quite unique and I enjoy it a lot – you can see that a lot of love went into making it.

While it was on my radar after seeing it in the Future Games section, Dwarve surprised me with its fast-paced tower defense gameplay and combination with the adventure genre. The fast pace of movement keeps you on your toes, forces quick decisions, and rewards good maneuvering to avoid enemies, while still being challenging in the process. 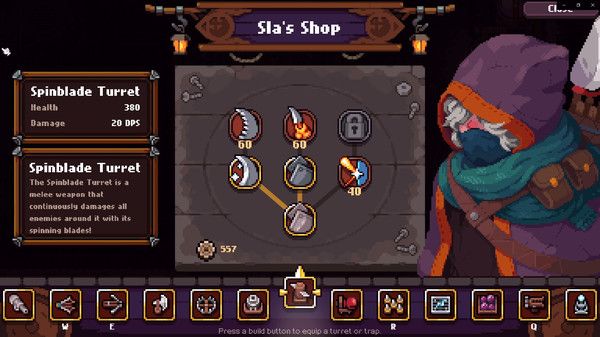 A good mix of different turret types benefits every encounter, and the game picks up speed in mixing in new enemy types throughout the game. In addition, you have to adapt and can’t just stick to one strategy: what’s important is to keep your focus on the game. Sure, there are little things that will disappoint you here and there, and there’s a bump or two in the difficulty, but nothing to forget about the package as a whole.

While the story is what you’d expect from a fantasy setting, it still has interesting characters and good writing while using the same tropes you’d expect. The presentation works at giving you the information you need without being too obvious, and the sound design is clear yet well done.

It won’t let you down in this regard: it has good character designs and still got a good mix of colors despite being on a mountain and underground for a good amount of the game. 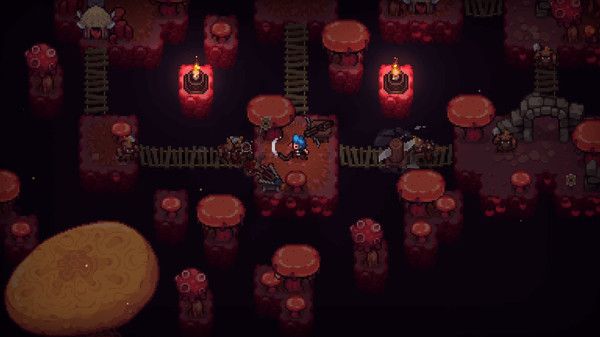 What it comes down to is that the game felt very different from tower defense games I’ve played before, and left me with a unique experience that I enjoyed throughout the run. It won’t be a game that will live on in your fantasy collection, but it will be a game that you appreciate, and you will enjoy playing many games with it.

First of all, let’s start with the positive:

I didn’t want to dwell too much on the positives because everyone would probably take them for granted; and since I always have high expectations for indie games because of Hollow Knight, I won’t go easy on this review.

Overall I liked the plot. It’s simple, with few real twists but it’s interesting enough. One thing I can’t stand though is that you spend the last half of the game grabbing a McGuffin to fight the final boss and in the end, it’s only somewhat useful in killing regular enemies and killing and killing the boss. still, it is necessary to win the war.

The ending of the game is completely confusing with the friend fighting the enemy with him. It’s a fun set up but my group of dwarves swarmed within seconds leaving me hiding in a corner waiting for the clock to run out before finally moving on to the next area. The final boss suffers from the same setup with enemies and allies floating around in combat making this part of the game a nightmare.

How to Install Dwerve For PC?