Chicken Invaders The Next Wave

After defending the Earth in the previous game, our anonymous hero wants to keep only a double chicken burger special, but he soon realizes that the real attack of the angry chicken is yet to come. Chicken’s real plan is to invade every planet in the solar system and create a chicken kingdom. Our hero must once again jump into his spaceship and promise the future of mankind … and chicken burgers. 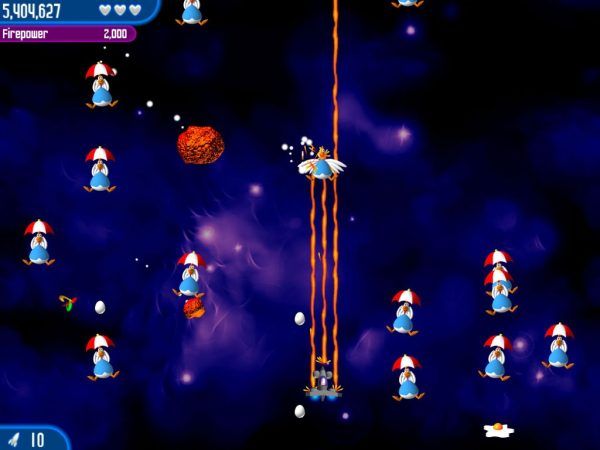 Chicken Invaders 2 The Next Wave is the second game in a series of clones of space invaders. The player controls an anonymous space pilot who must clear 110 waves of space chickens (including 10 secret waves) and reach his leader – a giant laser-shooting egg. 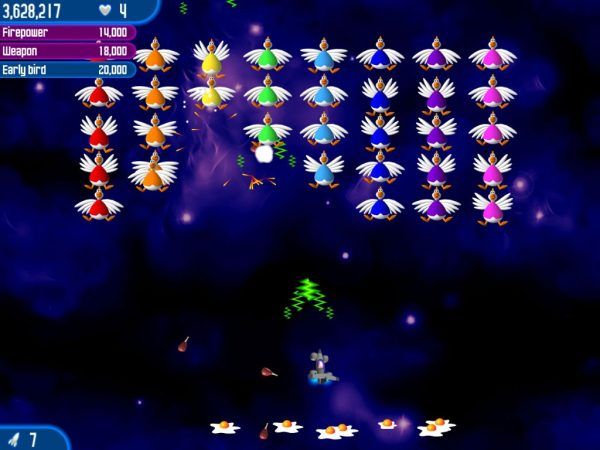 The player has 3 types of weapons: red shots (fast but weak), green shots (slow but powerful), and yellow shots (weak but penetrating laser). Each weapon can be upgraded by combining power-ups up to level 10 with the secret 11th level.

Throughout the game, the player receives various bonuses according to their performance (Quick View Clear, Minimal Shooting, Collection of all points, and more), and extra points can be earned by collecting items dropped from a dead chicken. 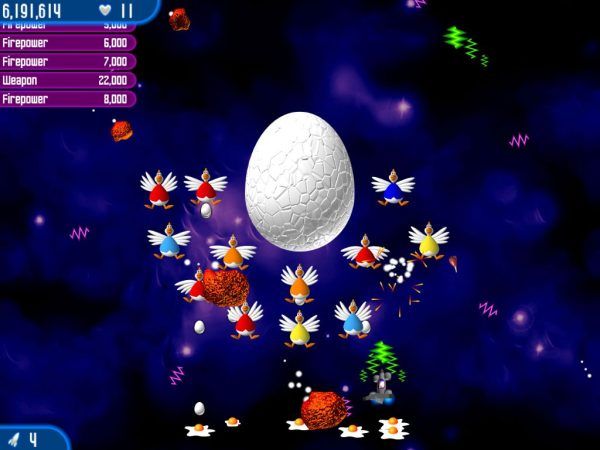 If you like shooters then you are having fun with Chicken Invaders 2 Next Wave. This is not the best shooter you will ever play. However, the game is fascinating, challenging, and most of all, fun. This is the kind of game that can easily take up your entire evening. If you are looking for a game to play that is a bit confusing and weird, I highly recommend you try it out because it’s a lot of fun.

System Requirements of Chicken Invaders 2 The Next Wave Game