Blacken Slash is a Rogue-based strategy game set in a retro computer environment. The levels are randomly generated, start out very easy and quickly escalate to a lot of luck needed to make it out alive.

Some levels have an exit to reach, some “survive for X-number of turns”, and others require clearing all enemies. There are potential rewards, both in the level such as picking up items and/or completing the level. Sometimes there is no reward at all, except for reaching the next level. Rogue-like aspects of the game include periodic reward options and random level generation. There is also a starting option that can affect the rewards or maybe give the player some starting skills. 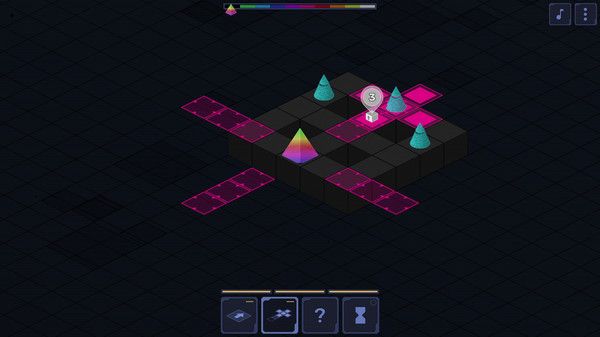 There aren’t many settings or options for Blacken Slash. Music is the first set to turn down immediately, it is set to maximum by default and sound effects are turned down to 50%. There’s an option to choose a language and a few passive options, like confirmation buttons or level-clearing animations. There is a built-in tutorial at the beginning of the first game, however, it is not very effective in understanding the mechanics. Clicking on an enemy will display their stats and abilities. Unless the player has played a few runs, the mechanics may be confusing.

The player is a prismatic-eyed tetrahedron with three ‘cycles’ (starts) per turn. The player’s health is stored between levels, sometimes he will regenerate some health with an optional item. Each move uses a cycle, just like a normal attack. However, some skills acquired may take several rounds to use. 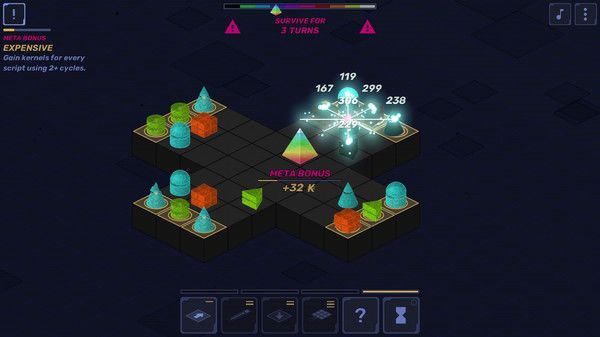 In fact, it is possible to acquire skills that are impossible to use quickly because more than three cycles are needed. Challenges come in the form of scenarios and circles. Scripts are active abilities, while spells are passive. There are slots for 3 scenarios and 6 cycles that start empty. However, what will be obtained during the game is completely random, and sometimes the reward will be worse than what the player already has, so they can be exchanged for credits, the game’s currency.

Blacken Slash is a fun adventure. Sometimes the player will pick up very useful spells at the beginning which will make certain levels pass easily, other times the lack of useful spells with a noticeable level of difficulty will create an early collapse. 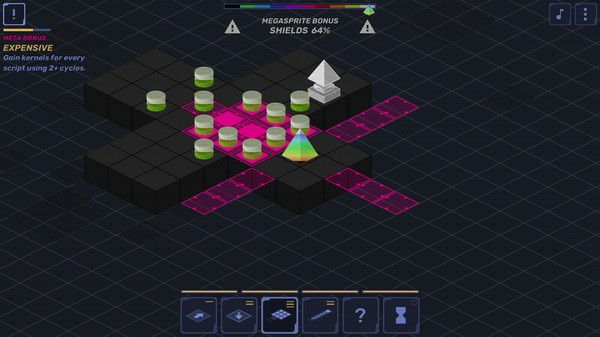 It looks like there is some progress that can be passed between games in ‘archive’ format, there are keys that reference the archive; however, it seems that it is rare that anything enters the archive. It is not clear if there is an endgame or if the levels progress infinitely. It is not possible for an average walk to last more than 10 or more levels in any case. Blacken Slash is a brilliantly designed turn-based strategy game with Rogue-like gameplay; for the price, it’s worth a play, but it might be too frustrating to hold the interest of the average gamer for long.

How to Install Blacken Slash For PC?

Follow the given below steps to install it on your PC :
Share
Previous Hyperwheel Overdrive
Next Corridor 7 Alien Invasion
Subscribe
Login
0 Comments
Inline Feedbacks
View all comments