A Light in the Dark

So, in a way, I was expecting A Light in the Dark to be a bit different even though I appreciate the main themes it addresses. Sometimes we just think too little about people who may be having it much harder than we are and instead we just nitpick about minor incidents. Of course, I think achieving absolute happiness sounds a little unrealistic since stressful situations will always arise, yet there is still a difference in simply appreciating what we already have. However, during the gameplay, I didn’t exactly agree on every single point, however, it’s still very interesting to see another point of view, regardless. 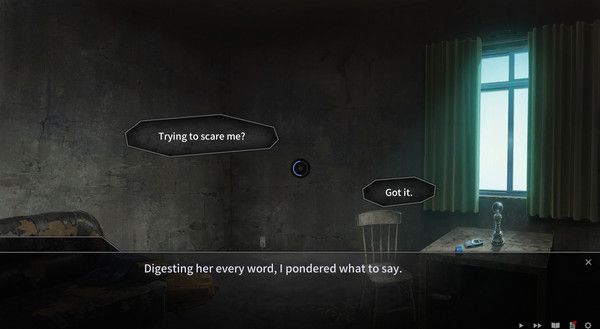 There are many conclusions found in A Light in the Dark that is influenced by decisions and gaining information during observation. During the bad ending, the player just suddenly dies and has to start over to see the whole story.

I found that some of the endings were not very important to the plot, especially the so-called bad endings and can easily be skipped. One thing that bothered me a bit was that it’s only possible to save after completing a chapter so I had to finish it before turning the game off. On the other hand, though, the chapters don’t last too long so it was bearable if I had to wait a little longer.

Visually, A Light in the Dark looks amazing. The downside here is that one can see that this is not a high-budget graphic novel so there are only three different versions available here and therefore, there is not much variety here. 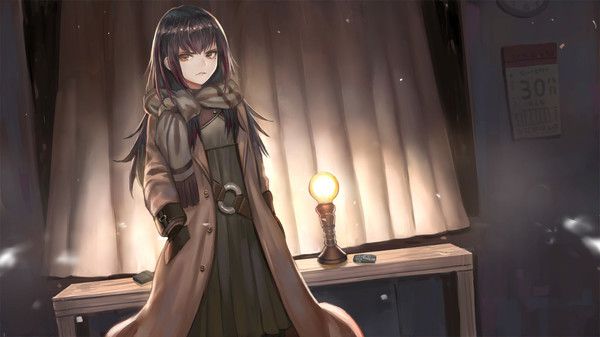 However, the few CGs and sprites used in this game look amazing and I tend to like the artwork during gameplay even though it thematizes serious topics, yet I suppose that’s not entirely a bad thing. Animations, on the other hand, are non-existent here. Sadly, there is no voice-over available which would have greatly helped with immersion, however, I did notice small sound effects such as coughing on special occasions. 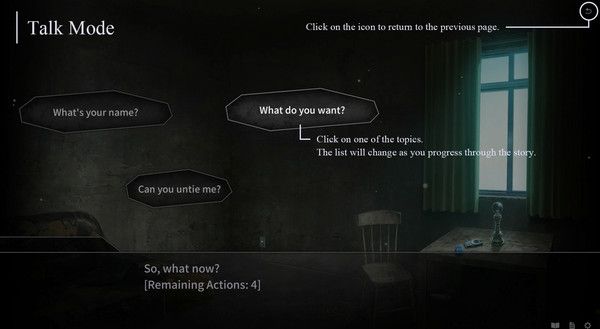 A Light in the Dark has a great premise that, however, suffered a bit due to its length. Regardless, the story managed to keep me interested until the end even if I wasn’t too excited about the whole reveal.

Overall, it was quite nice that the main characters couldn’t be more different, yet there were so many notable similarities during my playthrough that I warmed up to both of them eventually despite the setting not being well, but after all, they’re only human. And people do make mistakes. That said, A Light in the Dark is pretty fun and short mystery graphic novel that revolves around unique themes and is definitely worth checking out.

System Requirements of A Light in the Dark Game

How to Install A Light in the Dark For PC?